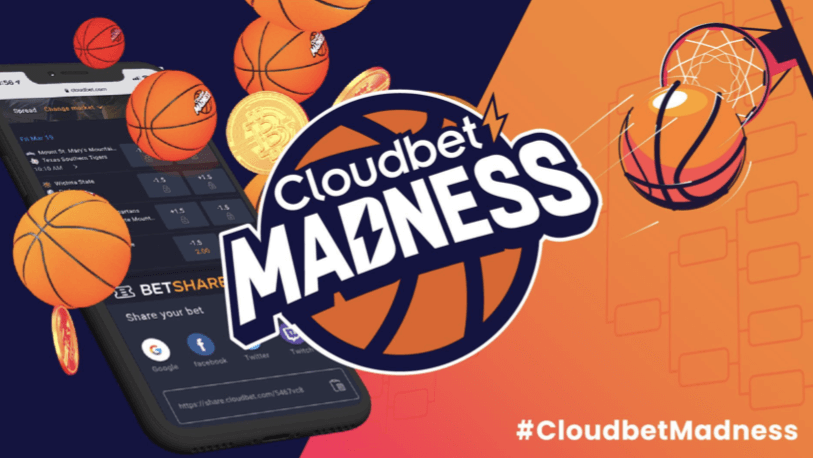 “Cloudbet Madness” combines a tipping competition with two lucky draws and is aimed at players betting on the premier event of the U.S. men’s college basketball calendar.

In the first phase of the competition, eligible players predict which teams will make the Sweet 16 round – with the best forecasters banking a slice of the US$5000 Bitcoin prize pool into their Cloudbet accounts. The next two phases feature lucky draws, in which eligible participants stand to win an Elite Eight team jersey and more Bitcoin bonuses from the prize pool following the Championship round.

Founded in 2013, Cloudbet established itself as one of the world’s leading Bitcoin betting operators, with a reputation built on unparalleled security and speedy withdrawals. Its March Madness competition comes at a time when demand is surging for Bitcoin amid large-scale purchases from investment firms and from companies including Tesla and Square. Bitcoin is trading at about 10 times its price a year ago – with some firms still forecasting the coin’s value to at least triple in the coming months.

“We welcome anyone who’s into March Madness Bitcoin betting,” a Cloudbet spokesperson said. “It doesn’t matter if you’re a Gonzaga or Michigan fan.”

The operator is also running “Buzzer Beater Bonanza,” whereby it will grade losing moneyline and 1×2 bets during the tournament as wins if the loss results from a last-second shot by the game winners. As it strives to offer the best Bitcoin sportsbook for March Madness, the Cloudbet site will highlight the operator’s well-known “zero margin” bets on some games, meaning it will essentially charge no fees to take on the risk of a player’s wager.

Cloudbet’s sportsbook has made a name for itself with its low-margin odds on a multitude of markets around the world, while the Cloudbet casino has hundreds of slots and a live-dealer experience with all classic table games.

The operator now supports nine cryptocurrencies. Six of those coins were launched in 2020, a milestone year in which Cloudbet revamped its website and added features including esports, politics betting, virtual sports, social-media bet sharing and easy credit-card coin purchases.

Cloudbet is a proud pioneer of crypto betting. Born in 2013 with a trailblazing spirit, Cloudbet embraced blockchain technology to give players privacy and financial freedom like never before. Since then, the site has taken millions of bets, earning a reputation as the most trusted and secure name in the crypto-gaming space.

The operator continues to innovate, having just completed a banner year of new features and upgrades aimed at attracting a more diverse audience to what was once a Bitcoin-only product. In 2020, Cloudbet launched a revamped website followed by a record six new cryptocurrencies, esports, politics betting, virtual sports, social bet sharing, and easy credit-card coin purchases.

The site now supports nine coins that collectively account for about 80% of the total market capitalization of all cryptocurrencies. What’s more, Cloudbet is now available in 20 languages including Spanish, German, Italian, French, and Korean.

The new features add to those that have made Cloudbet a trusted leader in the world of crypto gaming: the best sports odds, the highest betting limits, a state-of-the-art bitcoin casino and world-class 24/7 live chat customer support.