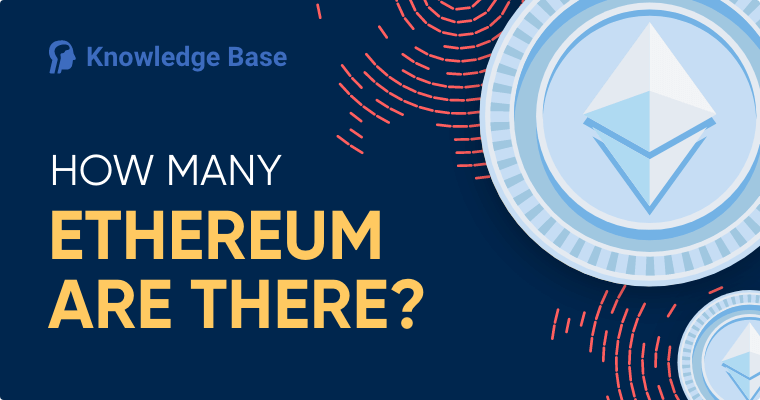 Ethereum, the cryptocurrency with the second-largest market cap, has been getting a lot of attention recently from both experienced and novice investors.

The most important factors determining the success of any investment are supply and demand. Therefore, it’s not surprising that most new Ethereum investors are interested in finding out if the supply of ETC is limited or not. How many Ethereum are there right now, and is there a finite amount of them to be mined?

You’ve most likely heard that Bitcoin has a limited supply of coins. There will never be more than 21 million BTC in circulation. This was part of founder Satoshi Nakamoto’s original intention to have Bitcoin as a deflationary currency, meaning that its value would grow. For example, the US dollar had an average inflation rate of 1.73% in the last 10 years. This means that its purchasing power drops constantly.

If you are interested in investing in Ethereum, it’s prudent to ask yourself, “How much Ethereum is there?” At the time of writing this article, there was more than 117.4 million ETH in the market, with a circulating daily supply of more than 12.4 million ETH.

Current Ethereum maximum supply and, therefore, the amount of ETH is almost 10 times higher than that of BTC. What’s more, new blocks are added to Ethereum’s blockchain every 15 seconds. Block rewards currently stand at 2 ETH, plus transaction fees, which are around 3.5 ETH. This means that miners rewarded for a new block are rewarded with approximately 5.5 ETH every 15 seconds, adding far more Ether to circulation than would be possible with Bitcoin.

The increasing supply can certainly overtake the demand and lead to inflation. However, the latest Ethereum Improvement Proposal 1,559 (EIP-1559), the so-called “London hard fork,” has implemented an upgrade that curbs Ether’s inflation and potentially even creates a deflationary system. Thanks to this upgrade, part of Ether’s supply intended as a transaction fee is getting “burned” or permanently destroyed. This upgrade currently burns more than 300 ETH per hour and has presently burned more than 240,000 ETH, valued at more than $800 million for its current price of around $3,300.

This upgrade creates more financial certainty for Etherum as developers continue to work toward the ETH 2.0 upgrade.

The Ethereum 2.0 release date will mark a shift from the way transactions are currently being verified on the network and influence how much new ETH enters the circulation, as rewards per block will drop significantly. Ethereum’s cap won’t be set, but the cryptocurrency is moving away from proof-of-stake to proof-of-work.

Both PoS and PoW are methods of verifying transactions and adding new blocks to Ethereum’s blockchain. PoW is a demanding process, requiring computing hardware and plenty of power to ensure the safety of the network.

PoS is a different protocol that’ll require limited hardware, but most importantly, validators will need to stake some of their funds to participate. They’ll get compensated proportionally to their stake, but it carries a particular risk. Validators can get penalized by losing their stake for malicious actions against the network, staying offline, or failing to validate.

How many Ethereum are going to be there after the update? It remains to be seen, but rewards won’t be even close to the ones distributed to miners. They are estimated to return about 5%-10% of the staked amount per year.

How Much Ethereum Has Been Staked?

As the project moves toward PoS, more than 7.5 million ETH, worth $1.7 billion, has already been staked, which is more than 10 times required to implement the new validation method. Further upgrades to Ethereum, like sharding, will increase the number of transactions per second the network can handle, making buying goods or gambling with ETH an even better experience.

On April 1, 2018, Vitalik Buterin made an “April Fool’s meta-joke” when he posted a tweet suggesting a cap of 120 million ETH. It was intended as a way of stimulating debate of what would be the merits of fixing Ethereum’s token supply.

The discussion on Twitter most probably laid the groundwork for the current state of Ethereum as Buterin then expressed his belief that inflationary tokens aren’t a good idea in the long run. Buterin also added that if the community wanted a fixed supply, it could adopt it.

In Anticipation of ETH 2.0

Currently, the community isn’t even considering setting a cap on how many Ethereum coins there’ll eventually be, as it remains to be seen how Ethereum 2.0 will perform on the main public Ethereum blockchain.

Ethereum’s Beacon Chain, which already uses PoS, runs successfully parallel with its PoW counterpart but without handling smart contracts. After merging with the main network, it’ll take over all of its functionality.

Ethereum investors don’t need to worry about the amount of ETH in circulation, as the slowly increasing supply will also increase its value. Experienced Bitcoin bettors, as early adopters of BTC, have seen firsthand how reduced block rewards and limited supply can drive the price up.

Unlike Bitcoin, which has a fixed cap of 21 million BTC, Ethereum doesn’t have a fixed supply of ETH. Currently, there is about 117.5 million ETH, and the supply continues to grow. It’s worth noting that the rate at which new ETH tokens are created drastically dropped after Ethereum implemented EIP-1559. A part of the fee paid for the transaction is burned in the process, reducing the amount miners receive as a reward.

Is there a max supply of Ethereum?

Ethereum doesn’t have a maximum supply, but an Ethereum Improvement Protocol written by Vitalik Buterin, the founder of Ethereum, is available to the community, should the public consensus shift toward having a fixed supply.

Ethereum 2.0 and its Beacon Chain will merge with the current main chain of Ethereum and not directly replace it. However, it’ll implement the proof-of-stake protocol, which will make mining ETH with computer hardware impossible. Validators will need to stake ETH to participate in the network’s verification process and get rewarded accordingly.

How many Ethereum are there left to mine?

This will depend on the speed of Ethereum’s transition to the proof-of-stake protocol. According to the latest estimates, Ethereum may switch completely to proof-of-stake by the end of 2021 or early 2022. Hence, there is a limited window of opportunity for miners to continue using their hardware to mine Ether. After the switch to PoS is completed, mining Ether will no longer be possible.